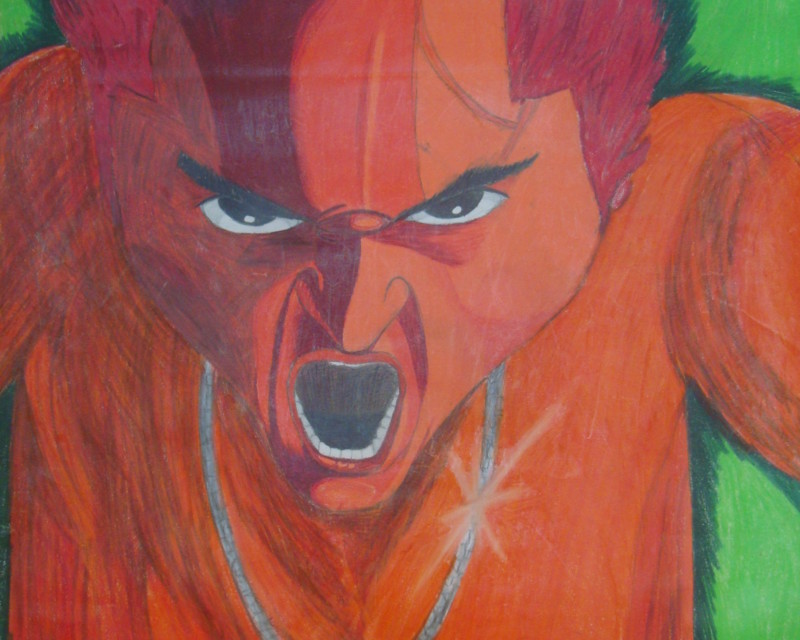 If he was still alive like his pal Elvis, the Man in Black would recently (26 Feb) have celebrated his 90th birthday. One of the few whose name stands comparison with his, Springsteen did a song about a guy with the classic knuckle tattoos, except not love and hate but love and fear. It came into my thinking on two versions of a humble tribute. This one is hate.

Now my daddy was just a GI Joe
Or at least my Uncle John told me so
l couldn’t ask my mum and looks like I never will.
He left her when I was less than zero
That chickenshit yankee local hero
Gave me just his name, said they used to call him Wild Bill.

Might have even been true, but I’ll be blunt,
I reckon he was just one lying ****(BEEP)
And still I tried to be my father’s son.
Don’t know John and June was really kin,
But they was good enough to take me in
Then must have wished a million times they hadn’t done.

Not once did they throw back in my face,
When I brought home only shame and disgrace,
Wild Bill, King Billy were my playground names.
When I hit my teens things could only get worse
For all June would cry and Johnny curse,
School done for me once I sent it up in flames.

Now it was Mildenhall in mid-July
On the US base I was kind of high,
A local girl I don’t recall her name.
I asked her nice if she wanted to dance,
I really thought I had a chance,
Till a yankee voice said ‘Buddy what’s your game?’

Well I never did find out who he was,
I tell you it hardly mattered much because
It weren’t about him nor the girl who caught my eye.
They may have called me Billy the Kid,
But in time of trouble I never hid
‘I’ll show you game all right, you little shite, if you wanna try.’

I gave him my best shot across the jaw.
Maybe he weren’t coming back for more.
I leave him there and things take another course.
Tho I never come near to takin his life,
I did notch his face with a Stanley knife
When they sent me down they blamed me for not showing no remorse.

You know that I’ve done time since then,
You could say I grew up in the pen
And not just because that’s where I turned twenty-one.
I couldn’t be trusted out on parole
And I had a few jobs but mainly dole,
Getting paid for the things I had and hadn’t done.

John could only ask me why
Guess he was sicker than I was seeing Aunt June cry
Had to leave them good folks behind and be on my way.
One more time I had to beg their help again
Look after my own boy David Wayne,
Don’t be like me son, every night I pray.

Course when he was born I gave it a go
Playing happy families with him and Jo,
Didn’t last long though we both gave it our best shot.
The child wasn’t planned you fuckin kidding?
And she wasn’t a girl set to do my bidding
Some men can live with that, and some will not.

I’m a reader, had the leisure
While serving time at Her Majesty’s pleasure,
I know there’s a tide in the affairs of men.
So I’m a rigging myself up a jury mast,
A rope, a chair, a kick and I’m past,
The fret of another stretch of five to ten.

And I won’t be crying for my mum at my final twitch,
But still kickin and acursing ‘Dad, you son of a bitch.’